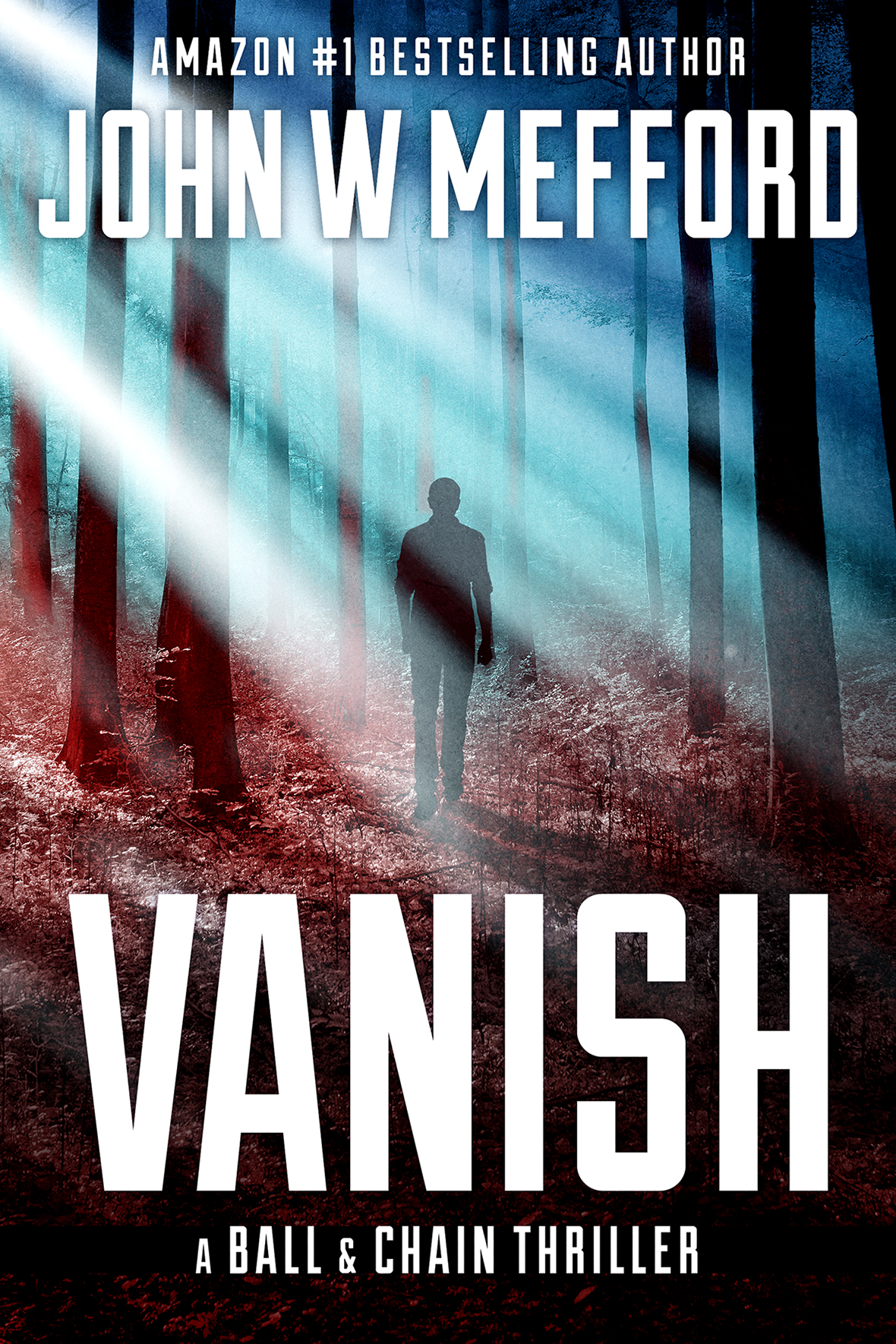 Ashes to ashes, dust to dust.

If someone dies and no one knows. . . did it really happen?

Cooper can’t sleep. He’s in a foul mood. He doesn’t want to believe it.

Stuck in Miami to drop off his daughter, Cooper’s world goes from bad to worse. But is there a clue on a dead man that could lead him to Willow?

On the run from the cops and befriended by a woman with skills akin to the Black Widow, death seemingly lurks behind every tree. Who can he really trust?

Ten years ago a little boy was murdered in a hilly Alabama forest. Is it possible that a re-connection of Ball & Chain is tied to uncovering the killer?

There’s a dark shadow looming over one county in the deep south. And a black hole might just devour Ball & Chain until there’s nothing left of them.

Can Cooper and Willow solve a cold case and out-run the legion of people who want to bury them?

You will devour this book if you’re a fan of Michael Connelly’s Ballard and Bosch, David Baldacci’s King and Maxwell, Tess Gerritsen’s Rizzoli and Isles, Janet Evanovich’s Fox and O’Hare, Stuart Woods, or the TV show “Castle.”

*Warning: The Ball & Chain Thrillers are an addictive thrill ride full of white-knuckle suspense and snarky wit. A mystery-thriller with a slice of humor. Go figure. Proceed with caution.

Wow, what a roller coaster ride this journey was!

Per usual, there were a lot of characters involved which always makes it more interesting – you don’t know who you can trust, who you can’t trust, who the good guys are and who the bad guys are. It makes the thrill and suspense more exciting!

Vanish starts where we left off; Willow has left with a stranger to gather more information about her dad.

Unfortunately, Willow has trust issues and grows weary of her travel mates which results in Willow running off. This tiny action releases a domino effect that I am still not 100% sure I follow how it all started!

Regardless, Willow is on the run with a slew of people literally hunting her. Cooper, undecided what he should do with her, ends up in some hot water and ends up going after Willow, but ends up with his head being hunted too!

It was quite the cat and mouse game with a slew of hunters going after a handful of huntees. It definitely made for suspense and entertainment.

Overall, I am never unhappy with a John Mefford book and I cannot wait to see what is next for Cooper and Willow. The ending perturbed me a bit because it definitely left things… unsettled. There are a dog and a child to think about and that was definitely not on Cooper or Willow’s minds so it will be interesting to see what occurs.

If you are into suspense, thrill, and clearly, unending action (you know, running for your life kind of action) – you will want to read this book. Regardless, John Mefford is one of the best thrill readers I have found and you will not be disappointed!

He can’t deny it.

But in what form will the pressure erupt?

Cooper Chain isn’t just down on his luck — he’s almost down for the count. The mob wants a piece of him, and he sees no way out.

It’s a special week for Willow Ball, a woman who’s survived her own tribulations to reach this milestone in her life.

Through fate — or a temporary misalignment of the stars — Willow and Cooper cross paths for the first time since college. Will an unexpected spark re-ignite the flame?

A shattering discovery changes everything for Willow and Cooper. The murder is unlike any other. But what will the cops do about it?

Attacks ensure, chaos ruptures a family . . . Through it all, how can Willow and Cooper find the killer?

But it’s not over. As the bodies pile up, a pattern develops and it rocks Willow and Cooper to the core.

And then someone emerges after a three-decade disappearance. Could he be connected to this string of murders?

The past might provide the breadcrumbs to end this nightmare. But Willow and Cooper may not live long enough to see it through.

Will mercy save a life or end many?

Her death has haunted him for over thirty years.

And he’s hell-bent on making someone pay.

A father goes missing. Not just any father. But a person once worshipped for his world-class talent.

Enter the most unconventional team around: Willow Ball and Cooper Chain.

As a nurse at the community clinic, Willow has seen the painful effects of heroin addiction. But now she’s compelled to help a grieving wife and mother.

Dodging the mob at every turn, Cooper has a plan to bring them down while getting traction on his upstart career. Is he marching into a trap?

With their relationship bordering the “friends with benefits” stage, Willow and Cooper team up to find the missing person. But it’s not that simple. Nothing with them is ever simple.

The hunt corkscrews into an impossible maze of events — their lives threatened by a swarm of twisted deviants and social misfits.

Emotions run rampant, stoking one savage response after another. A spark ignites the hate, but what is the real fuel for this wave of brutal crimes?

Ultimately, can Willow and Cooper save a family from the torment before it’s too late?

Only if they can overcome their own…fear.

The blade of the shovel digs deeper and deeper.

And the cries from below are slowly devoured by the howl of a coyote.

Willow Ball and Cooper Chain are tied at the hip — on some days that’s a fantasy, other days a curse.

But there’s one thing they agree on: if they hope to outsmart a ruthless crime boss, luck will have to fall their way.

But that’s only part of their perilous imbroglio. Life slips off the rails in a hurry . . . and the implications could be deadly.

A shallow grave is uncovered… and it’s the unthinkable. With little evidence, authorities have no suspects. But could this be connected to a similar incident more than two decades earlier?

When another girl goes missing, their world stops down. How is Cooper’s daughter caught up in the web?

Every path seems blocked, because every person wants something buried. Does that include what Willow and Cooper feel for each other?

Cops are gunned down, friends are framed and murdered — how can Willow and Cooper make sense of it all to finally end the mayhem?

But when one more person goes missing, it shreds Cooper’s heart.

What will Cooper and Willow sacrifice to save his daughter?

A painting. A memory. A death.

Can safe refuge ever be found?

Mindi Mendrano was a golden goddess with a tennis prowess few had ever seen.

And then she vanished.

Who had the greatest motive to kill her?

Before Cooper Chain can finally get the green light to pen his first book — a biography on a once-famous tennis phenom — he must find her. If she’s still alive.

A man disappears into the bowels underneath the city of Dallas, and Willow Ball can’t make sense of it or the odd people she befriends. Does at least one man have an ulterior motive?

Two die the hard way, leaving Willow and Cooper scrambling to see through a haze of clues.

Retracing every aspect of Mindi’s former life, team Ball & Chain uncover a key to her past. But will it unlock memories that create the ultimate time bomb?

The very existence of a hidden society is on the line — and one man will either force their loyalty or recreate one of the deadliest events in modern history.

Cooper and Willow have one chance to stop the killing and save a life. But will they be too late? 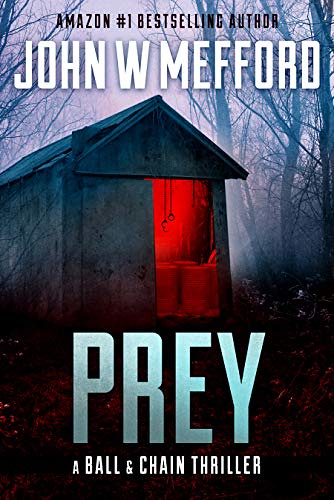 Observation is just the first step.

Then comes the action.

And these actions will speak louder than any words. That much is certain.

Someone is watching. Scrutinizing every flip of the hair, change of expression, and spoken word.

What about their aura?

For Cooper Chain and Willow Ball, it was a normal weekday morning. Until the moment Cooper opens the back door.

Was it just an accident? Or is an invisible force trying to eliminate Ball & Chain off the face of the Earth?

Unable to let go of the memory of her father, Willow takes the lure of learning more information. But a meeting goes horribly wrong, and death is knocking on her door.

Sucked into a vortex of bizarre, deathly events, Willow and Cooper struggle to fight off a never-ending series of attacks. They take one step, but someone else is always a step ahead. How can they defeat what they cannot see?

But when the gauntlet is thrown down, survival takes on a whole new meaning. And that’s when Willow and Cooper come face-to-face with a force that could bury them for good.

How many shapes can evil take?