Disclosure: I received a complimentary ebook copy of this book in exchange for my review. 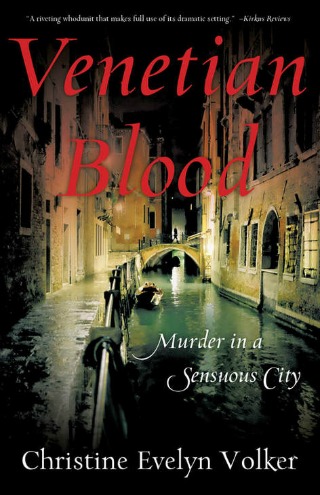 Struggling to forget a crumbling marriage, forty-year-old Anna Lucia Lottol comes to Venice to visit an old friend—but instead of finding solace, she is dragged into a police station and accused of murdering a money laundering count with whom she had a brief affair. In the days that follow, Anna, a US Treasury officer with brains and athleticism, fights to clear her name in a seductive city of watery illusions. But as she tries to pry clues from a cast of uncooperative characters who implausibly deny what she sees and hears, she begins to question whether they are hiding something…or she is losing touch with reality. Racing to unlock secrets, she succeeds instead in unleashing a powerful foe bent on destroying her. Will she save herself and vanquish her enemies, including her darkest fears?

A captivating tapestry of murder, betrayal, and family, Venetian Blood is the story of one woman’s brave quest for the truth—before it’s too late. 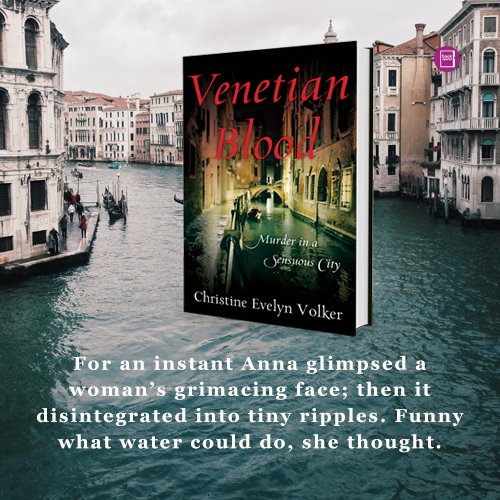 I struggle with how I feel about this book. I can’t quite make up my mind definitively. I didn’t love it but I didn’t hate it.

Part of me felt that the descriptions were so detailed and fine that it drew the story out and distracted me. It slowed the story line down for me.

The murder happens immediately. Anna is arrested immediately. We are introduced to a handful of interesting characters immediately and it was THEM, that concerned me and had my suspicions running wild.

It definitely had mystery and intrigue. If you enjoy Italy and full details and descriptions of Italy with your mystery – snag this book! 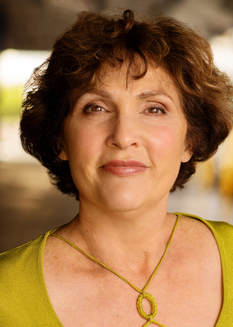 Christine Evelyn Volker became intrigued by foreign cultures at an early age, which propelled her to study Spanish, German, and Italian. After pursuing an MLS and an MBA, she was drawn to international banking and became a senior vice president at a global financial institution. Her career brought her to Italy, where she immersed herself in the language and made frequent visits to Venice. A native New Yorker, she resides with her husband in the San Francisco Bay Area of California, where she heads a local library non-profit organization and writes about environmental sustainability. She is currently at work on her second international mystery, this one set in the rainforest of Peru.