The term “takeaway men” makes me shudder and will always remind me of The Takeaway Men by Meryl Ain. It’s definitely at the top of our recommended reads.

With the cloud of the Holocaust still looming over them, twin sisters Bronka and Johanna Lubinski and their parents arrive in the US from a Displaced Persons Camp. In the years after World War II, they experience the difficulties of adjusting to American culture as well as the burgeoning fear of the Cold War. Years later, the discovery of a former Nazi hiding in their community brings the Holocaust out of the shadows.

As the girls get older, they start to wonder about their parents’ pasts, and they begin to demand answers. But it soon becomes clear that those memories will be more difficult and painful to uncover than they could have anticipated.

Poignant and haunting, The Takeaway Men explores the impact of immigration, identity, prejudice, secrets, and lies on parents and children in mid-twentieth-century America.

I enjoyed this book. I can’t really pin point what I liked best; I just found it to be a good read. It flowed well, the story was well written, the journey was one that I looked forward to reading, and there were a few parts that would catch my breath.

The story, in short, follows a husband, his wife, and their twin daughters; who left Poland to come to America. The parents have a dark history surrounding the Holocaust and they come to America to live with a long lost distant cousin who had come to America years before Aron and his family.

The family resides in a neighborhood with other refugees and that tends to stir dark memories for Aron. He does not like to speak of the past while other refugees are more open to share, others keep their own dark secret, and some deny their ancestry.

We get to see the twin girls grow from newborn to individual young ladies. With most twins, they are as different as two strangers can be, yet are each other’s best friend and support through their life. Bronka is much more empathetic and catches on to what is occurring in her surroundings – spoken or unspoken – and it affects her life as well as those who experienced the darkness first hand (rather similar to myself).

Initially, the title of the book seemed odd to me, but once you figure it out; it sticks with you. As with the characters in the book, the “Takeaway Men” makes me shudder and will definitely be a name (and book title) I will always remember.

I really did enjoy this novel and could see myself reading this again (something I don’t typically do). It’s also a book that I think my oldest daughter may enjoy reading as well.

It is definitely a different genre than I am usually reading, but one that I enjoyed. It has definitely piqued my interest further into research of the Holocaust as well as other memories that were mentioned in the book that I have not heard of before. 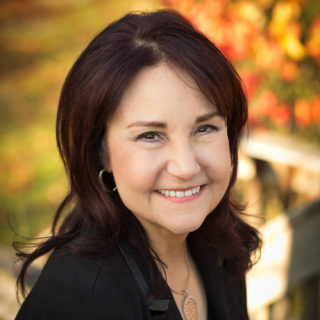 Meryl Ain’s articles and essays have appeared in Huffington Post, The New York Jewish Week, The New York Times, Newsday and other publications. The Takeaway Men is her debut novel.

She is a sought-after speaker and has been interviewed on television, radio, and podcasts. She is a career educator and is proud to be both a teacher and student of history. She has also worked as a school administrator.

The Takeaway Men is the result of her life-long quest to learn more about the Holocaust, a thirst that was first triggered by reading The Diary of Anne Frank in the sixth grade. While teaching high school history, she introduced her students to the study of the Holocaust. At the same time, she also developed an enduring fascination with teaching about and researching the Julius and Ethel Rosenberg case. An interview with Robert Meeropol, the younger son of the Rosenbergs, is featured in her book, The Living Memories Project. The book also includes an interview with Holocaust survivor, Boris Chartan, the founder of the Holocaust Museum and Tolerance Center of Nassau County, New York.

Meryl holds a BA from Queens College, an MA from Teachers College, Columbia University, and an Ed.D. from Hofstra University. She lives in New York with her husband, Stewart. They have three married sons and six grandchildren.