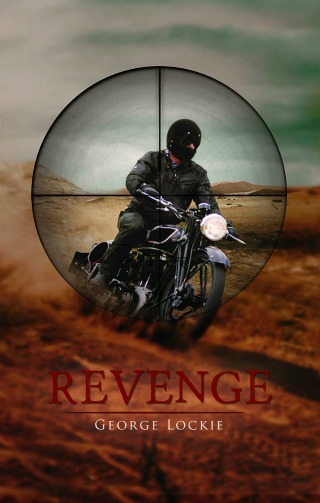 Content Rating: PG-13 – M: This is an action thriller involving special forces military. There are scenes of violence, including torture.

Rory Glassen is selected to join an elite SAS cell. They are sent to Libya to seek retribution for the near-death torture of two of their SAS troopers, at the hands of a medieval-run empire led by a despotic Sultan. What was to be a milk-run operation turns sour, as a battle of wits to survive soon develops between two warring factions. Sultan and Rory lock horns, trying to outwit each other and prevent any more deaths. It is only when a most unexpected ally emerges from Rory’s distant past, and offers the cell information, that a solution appears. Like worms, they burrow into the catacombs of the old Roman Fort on which the Sultan’s Palace is built and seek their revenge.

Revenge was so unlike anything I had read before. Honestly, I am not entirely sure what intrigued me to sign up to review, but, I can’t say I am disappointed.

It was not my usual suspense read that involves crimes and kidnappings. This was a terrorism, military revenge suspense read.

I have to admit, the story started out a little slower than I like and I really had to push myself to stay engaged, but once I got past chapter 2 – it was game on. (And to clarify, the book opens with a gripping intro, but gets rather dull shortly after. I found myself having to re-read parts, but eventually, once I pushed through the small gap of boring; it was a fast paced ride!)

Once I knew what the revenge was that we were seeking, I was all in and could not read fast enough to see who, what, where, when, and how. And let me tell you, this revenge was sweet.

The plans were carefully thought out and when the characters felt defeated; you felt it with them. As I was reading, I could feel the wheels in my head turning to come up with ideas for these men to exact their revenge. It was as if you were a part of the team with them.

The entire plot felt like a game of cat and mouse and kept me pulled in, reading, and on edge.

This is the first book I have read by this author and was thrilled to find more books written by Mr. Lockie that all appear to have the same main character – Rory.

I enjoyed Revenge and look forward to reading other books by this author. 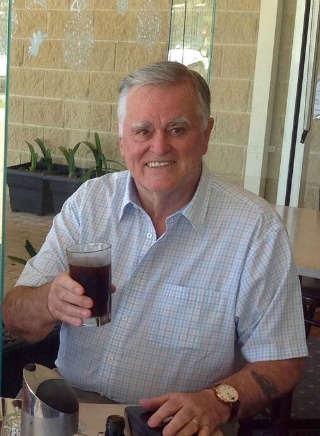 Born in Edinburgh, Scotland in 1941. Married in 1964 in Edinburgh, Scotland. Wife’s name is Avril. Has two children, Darren (52) and Vanessa (47). Enjoyed six years’ service in the Parachute Regiment in the British Army from 1960 to 65, mainly in the Middle East and Europe. Migrated as a family to Australia, in 1965, seeking new challenges and a different lifestyle in a more exciting environment. Traveled extensively worldwide whilst employed by a major Australian International Packaging Group, as National Operations Manager, a senior management role from 1986 to 2003. Started writing in 1995, as he felt that the Army relationships and strong emotional bonds that are created in life-threatening experiences in the field, had not been exposed, or described adequately, in the novels he had read. His first novel tried to cover that. It takes place post-WWI through to post-WWII. The second novel, a follow-up military story, again covers a subject not exposed as a problem before. His third novel covers a criminal gang and its unique way to produce huge profits from the saddest moments in human life; yet a boon to the medical world. The fourth exposes the world of computer hacking, with a clever killer achieving his aim of executing a crime boss in revenge for his wife’s death at his hands. 1st: Eye of the Hunter (Thriller, suspense.) 2nd: Chameleon (Suspense, thriller, crime.) 3rd: Miracle Cure (Military, Crime, Police.) 4th: Furtive Shadows (Military, SAS, MI6) All novels are linked by a common major character, Rory Glassen – a ruthless, dedicated soldier with extraordinary senses and physical attributes gleaned from his childhood upbringing alone in the Scottish Glens.