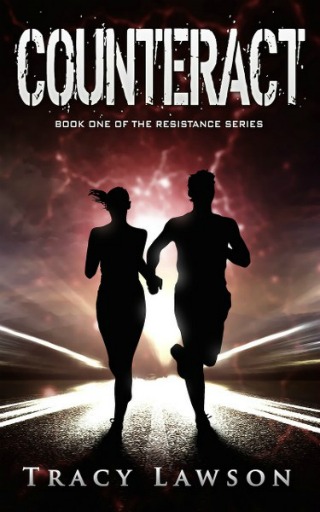 Who do you trust when your world unravels and everything you believed is a lie?

For the past fifteen years, The Office of Civilian Safety and Defense has guarded the public against the rampant threat of terrorism. Teenagers Tommy and Careen have never known life without Civilian Restrictions. For them, there’s no social media. No one is allowed to gather in public places or attend concerts or sporting events. Only a small, select group of adults have driving privileges, but it’s a small price to pay for safety.

Now a new, more deadly, terrorist threat looms: airborne chemical weapons that can be activated without warning. The OCSD is ready with an antidote to counteract the effects of the toxins. Three drops a day is all it takes. It’s a small price to pay for health.

The day the disaster sirens signal the dreaded attack, Tommy shares his last dose with Careen, even though doing so might hasten his death. It’s a small price to pay for a friend.Follow Tommy and Careen as they uncover a web of lies and deceit reaching to the highest levels of the United States government and join an underground resistance group that’s determined to expose the truth.

This book was a great cliff hang for what is to come.

Think Hunger Games but more modern with technology to take control of everyone.

There was mystery, suspense, and a hint of romance as we meet Careen, Tommy, Wes, Mitch, Trina, Kevin and Eduardo.

I can’t wait to see where the Resistance takes us! 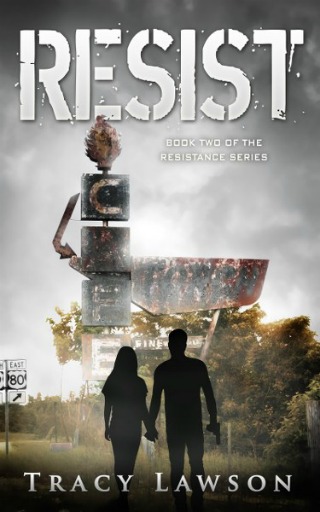 Knowledge comes with a price.

Tommy and Careen no longer believe the Office of Civilian Safety and Defense’s miracle antidote can protect them from a terrorist’s chemical weapons. After accidentally discovering the antidote’s real purpose,they’ve join the fight to undermine the OCSD’s bid for total control of the population.

Being part of the Resistance brings with it a whole new set of challenges. Not everyone working for change proves trustworthy, and plans to spark a revolution go awry with consequences far beyond anything they bargained for.

Tommy and Careen’s differing viewpoints threaten to drive a wedge between them, and their budding relationship is tested as their destinies move toward an inevitable confrontation with the forces that terrorize the nation.

Where does love fit in when you’re trying to start a revolution?

This book started right where the first one left off.

In this book, we meet the Resistance and characters that play a role in trying to bring down the OCSD.

I wold say there is a bit more romance in this book and less action. There isn’t as much suspense but the suspense that is there is enough to keep you pulledf in.

I can’t wait to see what book three brings! I am loving this series! 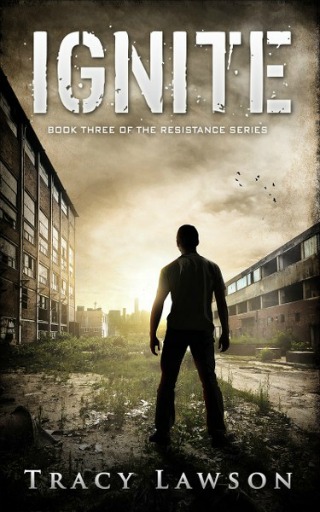 The Greatest Risk Is To Take No Risk At All.

Nationwide food shortages have sparked civil unrest, and the Office of Civilian Safety and Defense’s hold on the people is slipping. The Resistance’s efforts to hasten the OCSD’s demise have resulted in disaster, with Tommy Bailey and Careen Catecher taking the blame for the ill-fated mission in OP-439.

Both teens struggle to survive the circumstances that force them into the national spotlight–and this time, they’re on opposite sides. On the run and exiled from the Resistance members in BG-098, Tommy makes his way to a Resistance safe house in the capital.

The OCSD is preparing to monitor all under-eighteens with the Cerberean Link, a device that protects them against hunger and sickness and can even locate them if they’re lost. Tommy’s now living in close quarters with Atari, an operative who has been assigned to sabotage the Link. But does Atari plan to use it for his own purposes?

Through it all, Tommy refuses to believe Careen’s loyalties have shifted away from the Resistance, and he’s willing to assume any risk to reconnect with her. Will they be able to trust each other when it matters most?

More suspicion and more action. I hated putting it down!

Book three places all of our characters into a new light and keeps us wondering who is playing for who.

Motives are questioned. Teams separated as we are left wondering who are the good guys and who are the bad guys. 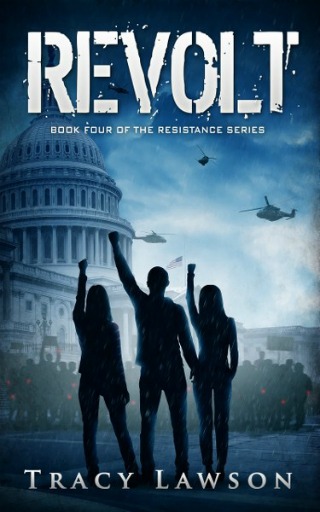 To Deny Freedom is to Deny the Human Spirit.

Fugitive Resistance fighter Tommy Bailey has come out of hiding to help rescue Careen Catecher from the clutches of the Office of Civilian Safety and Defense, where she’s been held and interrogated for information about the rebel group. The OCSD is poised to launch the Cerberean Link, a security device that will put all minors under constant surveillance under the guise of protecting them.

Fearful that OCSD director Madalyn Davies’s bid for control won’t stop there, the Resistance puts its own plan in motion to sabotage the Link and oust Madalyn from the directorship. Just when everything seems leveraged in the Resistance’s favor, treachery, lies, and long-held secrets threaten to derail it all.

Will even a life together on the run be impossible for Tommy and Careen? Or will the Resistance’s efforts convince the public to put their fears aside and demand freedom?

There were a lot of characters, some confusion, and lots of going ons.

Nothing went the way I thought it would which left many surprises.

The ending wasn’t what I would consider a “fairy tale ending” and feels like a door or two has remained open.

Overall, I really enjoyed this series and if dystopian is a genre that you enjoy; you will enjoy this series! 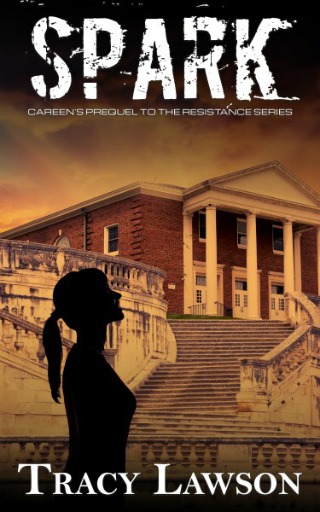 A strong heroine is made, not born.

Though Careen Catecher survived a terrorist attack when she was nine, her childhood ended on that awful day. Now, nine years later, she’s ready for her life to truly begin.

A full scholarship to a prestigious university far from her beleaguered home quadrant seems like a dream come true, but when she arrives on campus, she’s perceived as a charity case, despite grades and test scores that prove she’s the academic equal of the best students there.

Careen knows she’s tough enough to survive just about anything, but fitting in with her acquisitive peers—at least on the surface—is necessary if she’s going to leave the past behind and claim the stable future she craves.

But her past won’t stay buried. She’s only been at school for a few weeks when a cryptic message from an unlikely friend raises questions that may put her in danger all over again.

I knew this was the prequel, but I left it for the very last anyway.

It was a very short read and while I feel like the prequel still leaves room for more books, I did like being able to read it after the rest of the books to get a glimpse at how Careen fell into suspicion and how she came to be where she started.

If you read it first or you read it last, I don’t think it will matter either way. It won’t give away any spoilers (in my opinion) but will definitely leave you questioning! 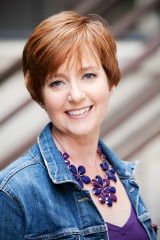 Once upon a time, Tracy Lawson was a little girl with a big imagination who was obsessed with telling stories. Her interests in dance, theatre, and other forms of make-believe led to a twenty-year career in the performing arts, where “work” meant she got to do things like tap dance and choreograph musicals.

Her greatest adventures in musical theatre included creating disco choreography for forty middle schoolers on roller skates in Xanadu, building cast members’ endurance during an extremely aerobic jump rope number in Legally Blonde, and wrangling a cast of amazingly enthusiastic teenaged tap dancers in Crazy For You. She can also spin plates on sticks while she tap dances. Just ask her. She’ll be happy to demonstrate!

Though teaching dance and choreographing shows was a great outlet for her creativity and boundless energy, Tracy never lost her desire to write. Faced with her only child leaving for college and her husband’s simultaneous cross-country job relocation, it seemed she’d found the perfect time to switch her focus. But fear not—she has maintained her ties to educational theatre by returning to choreograph a few shows a year at Bexley City Schools in Columbus, Ohio, so she can continue to nurture students and share her passion for putting on a great show.

The Cincinnati native now has to her credit an award-winning nonfiction history book, Fips, Bots, Doggeries, and More: Explorations of Henry Rogers’ 1838 Journal of Travel from Southwestern Ohio to New York City (McDonald & Woodward, 2012), based on the writings of her great-great-great grandfather. Pride of the Valley, a companion volume to Fips, Bots, Doggeries, and More, followed in 2017.

With the release of Revolt on July 18, 2017, Tracy’s award winning YA dystopian Resistance Series is now complete. Counteract, Resist, Ignite, and Revolt chronicle the adventures of Tommy and Careen, two teens who meet during a terrorist attack and discover a conspiracy that could destroy their country.

In her spare time, she blogs about YA and classic dystopian books and hosts Between the Covers with Tracy Lawson, an author interview program on the Liberty.Me network.

Tracy, who is married with one grown daughter and two spoiled cats, splits her time between Dallas, Texas and Columbus, Ohio.