Disclosure: I received a complimentary copy of this e-book and volunteered to share my review. All opinions are 100% my own. 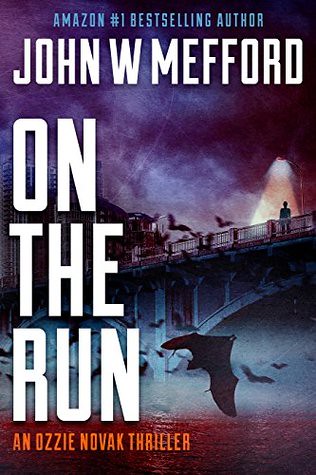 They are the winds of fate…

They lift your spirit to soaring heights.

And then there is that one staggering, but unforgettable, moment…

A body plummets into the stormy water and, along with it, swallows Ozzie’s heart.

Can it actually be true?

But mourning isn’t painful enough. Not by a long shot.

Determined to disprove the unthinkable, Ozzie hunts every possible suspect. Along the way, he’s exposed to those who have axes to grind and those with not an ounce of human decency.

But could any of them actually pull off something like this?

Old friends from Ozzie’s past are just the steady hand he needs to separate fact from fiction and end this pursuit for good.

But in blows another breeze, and this one carries a stench so rotten, Ozzie is nearly destroyed.

Could Ozzie have predicted that fate could be this cruel?

There is still one innocent soul to save, and Ozzie will do anything to ensure his life with his daughter is secure. Even if he has to kill for it.

Pick up ON The Run now!

Available to buy from….
Amazon.com, Amazon.co.uk, or Paperback

Book #6 and I have no idea how Ozzie has survived all that he has survived. His entire life continues to crumble down around him and ON the Run is no different.

This loss is much harder and sends Ozzie on the run trying to uncover the truth and clear his name.

I had my suspicions from the get go and while my suspicions were more or less ‘confirmed’; I don’t know that I am completely convinced that the real truth was revealed. I think it was just… too easy. Too… clear. I really don’t think it ended. (Or I could just be watching way too many criminal shows as of late!)

I am excited that Ozzie and Alex have teamed up and there is an Alex book in my future, but I really do hope for more Ozzie. (Not to mention I really missed a special someone from this book.)

As usual, John left me guessing and on the edge of my seat the entire read. His books continue to get better and better and I cannot wait to read the next installment of his – AT Stake. 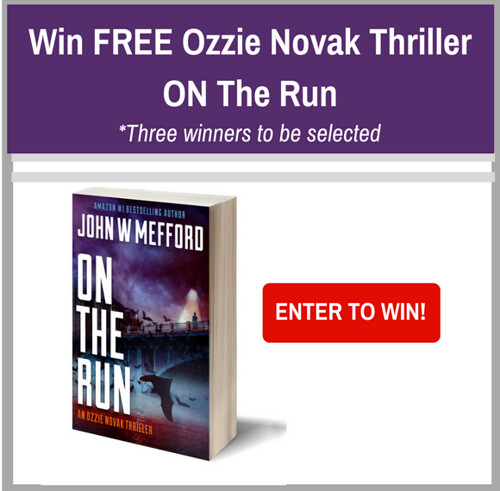