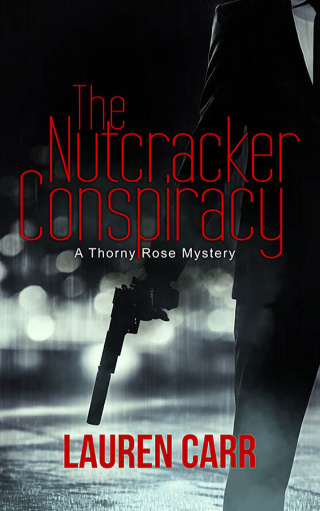 Three years ago, the nation gasped in horror when the President of the United States barely escaped an assassination attempt that left two dead—the vice president’s wife and the attempted assassin. Even after numerous investigations proved otherwise, conspiracy theorists argue that the assassin was acting on orders from the CIA, FBI, and every federal agency within a hundred miles of the capital.

Aspiring Author Dean Conway is the last person Lieutenant Commander Murphy Thornton wants to spend his Saturday afternoon when they end up at the same wedding reception table. While their wives tend to bridesmaid duties, Murphy is trapped listening to Dean’s latest work-in-project—completing the manuscript of an investigative journalist who’d disappeared months earlier.

“She was number twelve,” Dean says.

“Twelve witnesses connected to or investigating The Nutcracker shooting have died either in an accident or suicide.”

I love a good conspiracy mystery and this one was loaded with mystery, murders, cover ups and “who done it”!

Per usual, there was more than one case happening at once – one that initially appears to be linked with the other.

I felt this time, there were many more characters, more deaths, more “frame jobs”, more cover ups than previous Lauren Carr reads (I may be slightly obsessed with Lauren’s mysteries) and the depth of the “conspiracy” made the entire mystery all the more enjoyable to figure out.

The Nutcracker Conspiracy focuses on Murphy and Jessica (hence, Thorny Rose Mystery), but of course, we have Tristan and Nigel (who are never far from Murphy and Jessica) as well as my favorite dog Gnarly, and another Lauren Carr character, Chris Matheson. (I love that we get to blend our favorite characters into one mystery! It always makes it so much more enjoyable!)

The Nutcracker Conspiracy, as with all other Lauren Carr mysteries, did not disappoint and is a great “who done it” read that captures your attentions, pulls you into the mystery, and keeps you on your toes the entire read.

There is always more than one case going that appear linked, but at times, are two separate cases – which leave you all the more invested.

Lauren’s writing makes you feel like you are part of the team while investigating and per the usual, I did not figure out the suspects until the book revealed them. (I’m pretty sure I was 100% stumped on the suspects in this book and did not see them coming!)

If you enjoy a good mystery, The Nutcracker Conspiracy is definitely a must grab book! 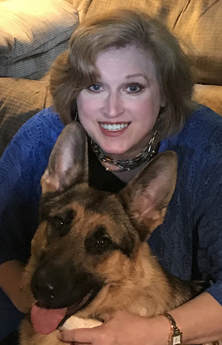