Disclosure: I received a complimentary copy of this book in exchange for my review. 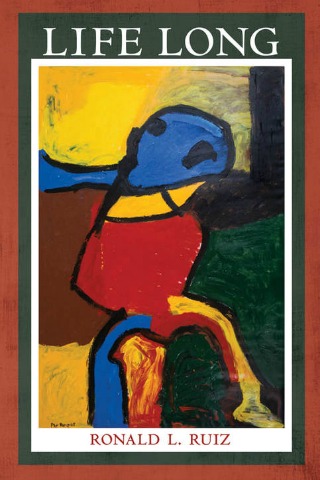 Ray Lopez is on the run with a duffel bag full of cash. Both drug dealers and the police are after him. But Ray is not a criminal. His last brush with the law was over traffic tickets. Recently released from the hospital with a diagnosis of schizophrenia, he is haunted by voices, auditory hallucinations, that frighten him and cause him to question his every move.

Ray’s journey from California to Laredo is perilous. Like so many Americans before him, he travels through unfamiliar territory with no clear way of knowing who will help and who will harm him. And he may well find himself on the wrong side of the border with a mind that has no borders.

This was quite the read – I am not even sure what to say about it!

It was definitely different than previous reads and while I initially thought it was a little slow, I somehow got sucked in and couldn’t put it down!

The story follows Raymond or Ramon – depending on who he is dealing with. Raymond was recently released from the hospital for some mental issues.

The story bounces a little bit between current and past, but I did not find it difficult to follow. It was very clear when bounces happened so it was easy to follow.

The author gives great insight into Raymond’s mind and thought process(es) throughout the entire story and you can’t help but get sucked in and root for Raymond. You can feel yourself as a part of Raymond when he is going through his journey.

I am so glad I stuck with it and read the entire book because it really was a good book! I enjoyed it!