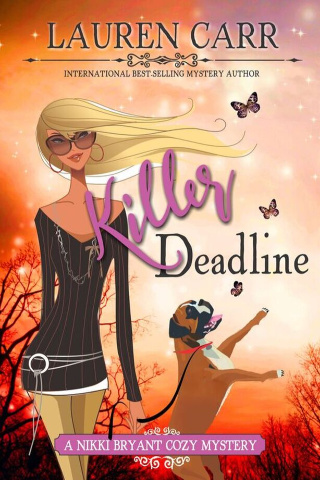 Folks in Pine Grove, Pennsylvania, claim that where Nikki Bryant goes, trouble is not far behind. Her refusal to back down from a challenge has made Nikki Bryant a top investigative journalist.

When an online friend nudges her to join him in a pact to reconnect with their first loves, Nikki and her boxer dog Elmo leave the bright lights of Las Vegas for the charming town of Pine Grove. There, she must face the biggest challenges in her career and life—the first love she had left behind and her father’s unsolved murder.

But before she has time to unpack her car, Nikki stumbles upon the dead body of local news anchor, Ashleigh Addison, her childhood rival. Could Ashleigh’s death be connected to an explosive news story that she had teased about airing live? Did that explosive story have anything to do with the murder of Nikki’s father?

With the clues in her father’s cold case hot again, Nikki intends to chase down the story of her life until she catches his killer—no matter what it takes.

“Here we go! Carr is a master storyteller who always offers a plot full of twists and turns, a bit of humor to offset the dark, and a unique cast of characters. In Killer Deadline that cast includes – handsome Ryan, her first love (who is now her step-brother); a mysterious social media friend called Nerdy Guy; Elmo, a super smart dog, a boxer, she rescued who has become asocial media star and has a penchant for cleaning; a TV station full of suspicious employees; and more.

“This book is a wonderful read to pick up at the end of a long day. It truly is a “cozy murder mystery.” I promise, it’ll draw you in right from page one and keep you turning the pages until you reach the very last page. I can’t wait for the second book in this series.” – Marilyn R. Wilson, Olio by Marilyn

I have really struggled with the desire to want to read right now, but the second I saw this was a Lauren Carr book; I put all things aside and said “let’s do this!” And, of course, I have zero regrets. (I haven’t read a book this fast in months! I could not put it down!)

Many of Lauren’s mysteries have men as the main character. We have Jessica, but the other series feature Mac, Chris, and Josh. It was nice to have another mystery with a female lead.

Another bonus of Lauren’s books is that they always have at least one, if not a few, great mysteries intertwined; a little romance; a little humor; some furry friends who make it all the more enjoyable; and I have yet – even now – to 100% correctly identify the suspect before the book.

Killer Deadline had all of the above and was amazing! I had no doubts that it would be!!

Elmo reminds me a ton of Gnarly, but in a non-trouble making way! He definitely takes first place for character, second place for overall story – I love a good mystery!

I really don’t want to share too much because there is so much in this book that I just loved and could totally gush about!

Nikki returns home after 15 years to try and reunite with her one love. She is taking over the family news station now that her mom is retiring, but being back in the station brings back the memories of her father’s murder at the same news station.

Of course, Nikki’s childhood rival wants to ruin all things positive for Nikki and lands herself in some hot water that takes on so much more!

I loved the secrets, the mystery, the romance, the humor – all of it! I had everyone pegged for the murder the same as Nikki and Ryan, but I’ll be when the real murderer was revealed. And the other twist that was revealed!? (Or should I say two twists – one I realized long before it was every revealed and the other, I was just as shocked as everyone else!)

If you like a good mystery with a little humor and romance mixed in; a mystery that leaves you guessing until the very end – this promises to be a great start of an amazing new series! 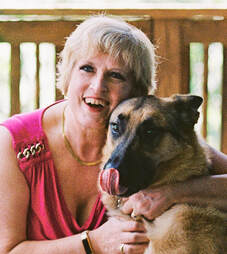