House Beside the River is a coming-of-age novel with a strong heroine, a sweet love story, and the eternal struggle between good and evil.

A coming-of-age novel with a strong heroine, a sweet love story, and the eternal struggle between good and evil.

Running from vile rumors and merciless ridicule, thirteen-year-old Nicole Beaumont flees her home in Parsons Valley, Georgia. She leaves Chris behind, the boy who had been her best-friend-for-life, her soul mate, the one with whom she was supposed to spend her life, and she takes refuge at a boarding school in rural Pennsylvania.

In the farming community in which she lived, almost any transgression could be tolerated, excused, or overlooked. Any transgression, save one that smacked of sex, and, according to rumor, that was exactly what she and Chris had done while lying on the bank of Parsons Pond. It was a lie, the worst part at any rate, but Chris – refused to deny the rumor. Never again, Nicole vows, will she trust another person as she had trusted Chris.

Such vows can be difficult to keep, but Nicole perseveres.

Then, she meets Richard. He seems different from the others. He accepts Nicole as she is. He keeps her secrets. When others doubt her, he stands in her defense. Nevertheless, even as they fall in love, the full story of what happened at Parsons Pond remains off-limits to him, and her memories of Chris, which tempt her, tugging her into the past, threaten to betray her.

Chris re-enters her life in a most unexpected way, and Nicole finds herself emmeshed in a deadly game that pits Chris, the boy she once loved, against Richard, the man who loves her, now, a game from which only one will emerge unscathed. Nicole faces an impossible decision. Which will she choose? Who will live?

Available to buy from…

Wow, what a read!

I am familiar with David Burnett’s writing and have read books by him in the past, so I was excited and eager to read another book by him.

House Beside the River bounces between current and the past of Nicole, as she is purchasing a “summer home” for herself. The home itself brings memories flooding back that she finds difficult to resist and we journey back in time to what leads Nicole to who she is today.

I found the story reminiscent of something a young girl may actually experience in real life; nothing of it was far fetched or imaginative that I could not actually see it happening to someone. The small town upbringing with strong morals of what is expected of boys and girls; the punishments that we see; the way kids talk; sending kids away from home to spare family embarrassment; the childhood love; the growing apart from the small town and the small town people…

I enjoyed reading a story that was ‘grounded’ in real life and I felt a kinship with Nicole.

I would definitely recommend House Beside the River for someone looking for a slower paced romance story. It was relaxing to read something that wasn’t boy meets girl, girl falls in love, BAM, love forever. It was much more ‘real life’ that many romances and it was a refreshing read.

David enjoys traveling, photography, baking bread, and the Carolina beaches. He has photographed subjects as varied as prehistoric ruins on the islands of Scotland, star trails, sea gulls, a Native American powwow, and his grandson, Jack. David and his wife have traveled widely in the United States and the United Kingdom. During one trip to Scotland, they visited Crathes Castle, the ancestral home of the Burnett family near Aberdeen. In The Reunion, Michael’s journey through England and Scotland allows him to sketch many places they have visited. 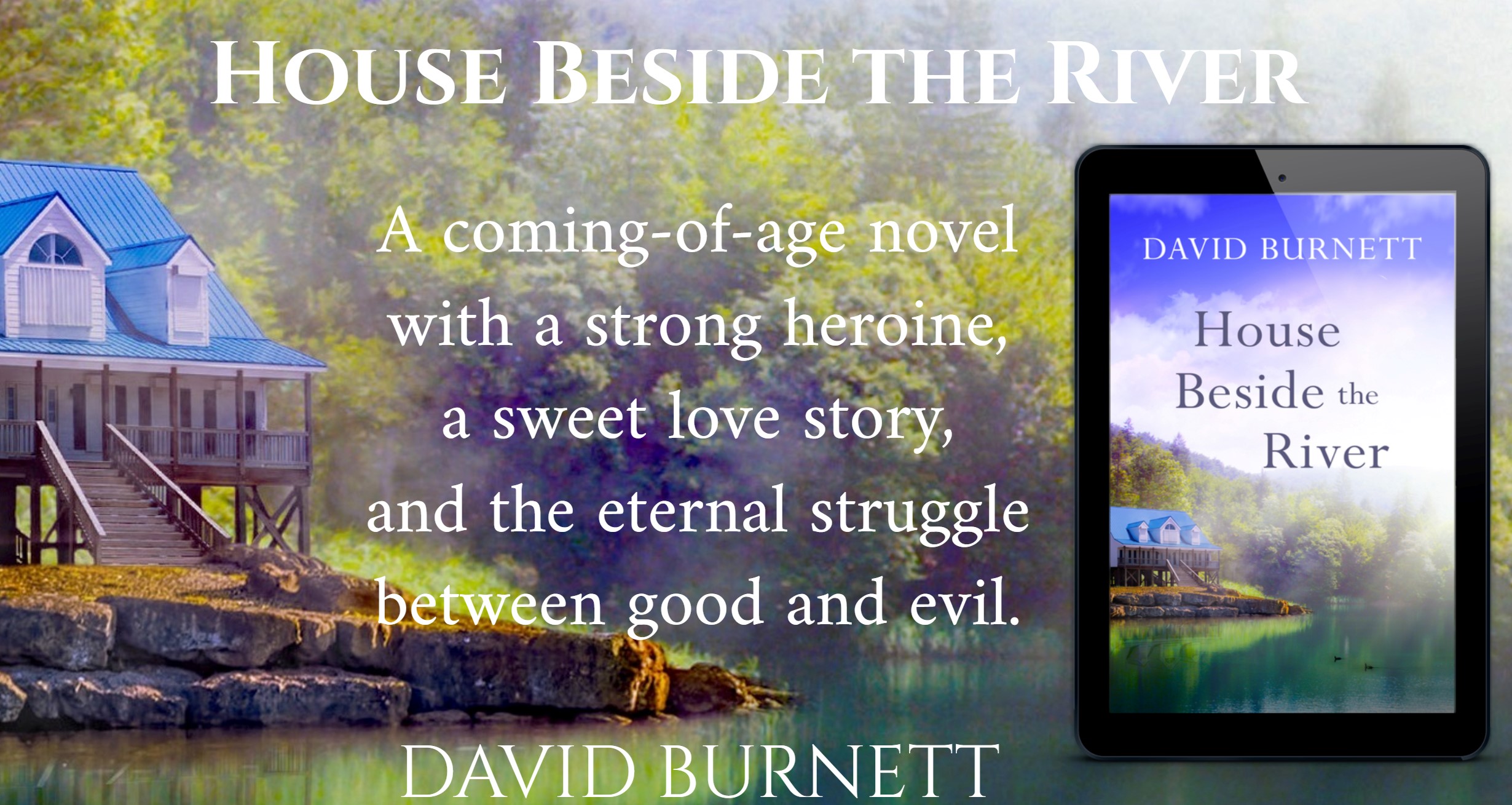 Enter Below and Good Luck !!
a Rafflecopter giveaway