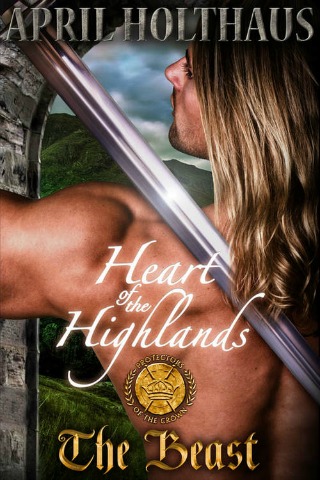 For hundreds of years, Scotland has battled the English for their freedom. Now, they face a new enemy. In a divided world between politics and religion, the young King James V faces the threat of his own people rebelling against him. As civil war breaks out among the Highland clans, James recruits a secret group of warriors for protection. He calls them the Protectors of the Crown.

Ian MacKay has one mission; to defend the crown no matter the cost. Along with his men, Ian’s mission is to hunt down one of the most dangerous men in the Highlands. But when the daughter of an enemy enters his life, his heart becomes captured instead.

Keira Sinclair has lived a life of peace and simplicity until now. With her clan on the verge of losing everything, she is forced to wed a Laird from a neighboring clan to ensure that hers survives. During her travels to her new home, her carriage is attacked and Keira is taken hostage by a ruthless man.

Caught in the middle of a war that she does not understand, will Keira’s secrets be safe, or will she succumb to the Highland warrior who now threatens to capture her heart?

Praise for Heart of the Highlands:

“Heart of the Highlands: The Beast reminded me why I love historical romances and need to read more of them!” – NightOwl reviews

“The romance was sigh worthy.” – Kilts and Swords

“A new and exciting series.” – My Book Addiction and More

Heart of the Highlands: The Beast is the first installment of the Protectors of the Crown Series. Here are the other books to follow:

Protectors of the Crown Series

This series follows a group of five warriors who live their life protecting their king and country. The historical setting is Scotland 1537-1538 during the reign of James V of Scotland.

I wasn’t sure I was going to enjoy this one. I mean, I judge books on the cover and figured this was going to be a romance but I am happy to admit – I was wrong (not 100% wrong but wrong enough to be so glad I read this book.)

I did not want this book to end. I want it to go on forever and I can only hope that book two in the series is a continuation of book one because I loved all the characters and want to follow their lives forever!

While this was a romance, it was also action and suspense – sneakiness, lies, surprises.

The setting and characters are from Scotland and I loved reading their accents.

I fell in love with Ian the moment he appeared in the book and I fell more in love with him as the story continued and I learned more about him.

Keira wasn’t your typical damsel. She was quite independent, fierce, brave, strong both mentally, emotionally, and verbally. I loved her and found myself rooting for her and her feisty self.

I hated that this story ended because I wanted to follow their lives forever and really hope we continue their journey and see if there is any possible connect with Keira’s sister Alys and Ian’s brother Leland as it was mentioned many times that they would be a good fit.

This was the type of read that you wanted to be a part of and live with them every step of the way.

Definitely a highly recommended read – you won’t regret it! 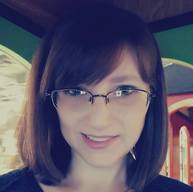 April is an Award-Winning Author for her Scottish Historical Romances. For more than ten years, she has worked full time in the direct marketing business, but developed a passion of historical romances through her love of reading, history and genealogy. ​