Michael had everything before the accident that took his life. Now, he’s a ghost, wandering, struggling, and all he wants is to move on. Read my review below to find out why I put The Ghost Chronicles on my “to read again” pile!

Disclosure: I received this book to review. I have volunteered to share my review and all the opinions are 100% my own. 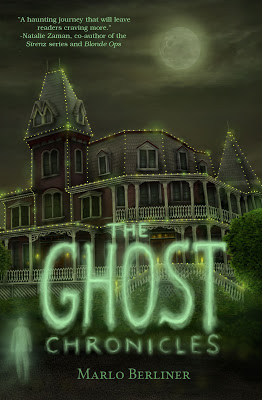 Can Michael get to heaven before the devil gets him first, and if it means leaving Sarah is he sure he still wants to go? Michael Andrews had everything – a loving family, a great girlfriend and a promising basketball career. That was before the accident that took his life. Now, he’s a ghost, wandering among the living, struggling to understand why he’s stuck. All he wants is to move on.

That is until he meets Sarah, an attractive young girl who died just as tragically as he did. The only trouble is falling in love and binding oneself to another soul is forbidden, for it may keep one or both of the souls bound to earth for longer than they should be.

To make matters worse, there’s also a danger in going too far with Sarah, because the “joining” of two souls in the afterlife is also strictly forbidden and they don’t know what will happen if they do go that far. Each time they touch they can feel the boundaries of their energies slipping perilously into one another.

Things get even more complicated as Michael learns he’s being pursued. Demons are after him because he’s a marked soul, a soul the devil wants very badly for some unknown reason.

So, maybe falling in love in the afterlife isn’t such a good idea.

I loved this book right from the beginning.

There isn’t a ton of mystery or action or thrill about this book. I mean, there is one part where things get… anxious… but for the most part, this book follows Michael in his after life.

I have strange beliefs. Not everyone has the same beliefs as me so when I find someone or something that aligns with my thoughts – I fall in love. This was one of those things!

I loved following Michael on his journey and I could feel the emotions behind the entire story. The sadness that his mother felt; Michael’s frustration and anger. Empathy for Melissa.

I am not one who typically reads books more than once, but this one will remain on my Kindle to read again in the future. That doesn’t happen often, but when I find a book like this, it’s a treasure to hang on to!

Formerly an accounting manager for a Fortune 500 company, Marlo is currently an intern with a literary agency based in New York City, as well as, an editor at Chimera Editing. Marlo writes young adult, women’s fiction, and short stories. She is currently working on her third novel.

When she’s not writing or editing, Marlo loves reading, relaxing at the beach, watching movies, and rooting for the Penn State Nittany Lions. After having spent some wonderful time in Pittsburgh and Houston, she’s now back in her home state of New Jersey where she resides with her husband and two sons. This is her first novel. 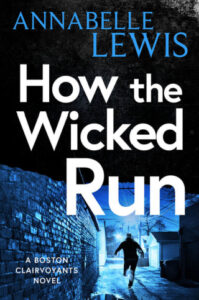