Disclosure: I received a complimentary copy of this e-book and volunteered to share my review. 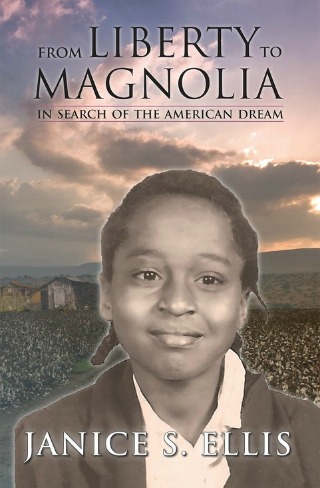 From Liberty to Magnolia: In Search of the American Dream vividly recounts the journey of an African-American woman from rural, segregated Mississippi through academia, corporate America, and politics. It is the story of how she triumphed even when, more often than not, the ugly realities of racism and sexism tried to deter her.

This book tells the broader story, too, of how her life epitomizes what the Civil Rights Act and Equal Rights Amendment have meant and have not meant for blacks and women as she has lived through their maturation during the last 50 years. What better time than now to examine how these two seminal and defining events played out in the life of an ordinary African-American woman who believed in all of America s promises?

What better moment than today to look deeply at the life of a woman who prepared herself and worked tirelessly to achieve her goals only to realize that many lay beyond her reach and that of most women and most blacks. From Liberty to Magnolia shows readers, especially aspiring women and minorities with whom her story will have special resonance how to navigate and ultimately embrace the challenges at every major crossroads and be triumphant.

A Discussion Guide is included for use by book clubs, classes, and group discussions.

I wasn’t really sure what I was expecting when I started this book, but what I got was a journey following the life of a young black female, going from being a little girl on her mom and dad’s farm in Mississippi to becoming quite the successful woman with a college degree.

The book mentions quite often that the author is a black female – two minority groups – during her time of growing up. Both of which created struggled that she overcame.

I found the book very detailed and some parts were repetitive, but I thoroughly enjoyed reading the struggles and more importantly, the triumphs that Janice accomplished in her life.

Just the fact that she was a wife, mother of 2, going to college, working, caring for her children, caring for her home, and doing all of her school work – alone – is amazing. I couldn’t do it even with a partner. And then to get a divorce and do it all – alone – absolutely alone, just the three of them – was astonishing.

Janice is an absolute inspiration and her story showed that even with struggles – real struggles – and things standing in your way; if you really set your mind to something, you can overcome and achieve your dream.

There is only one other human being that has inspired me as much as Janice has and that is Helen Keller. While neither similar human beings, both overcame obstacles that I can only imagine in life to be the successful women that they are. How can you be any more inspirational than these two women!?

Liberty to Magnolia really was an enjoyable read and one that I will be passing on to my tween daughter to read as well, hopefully inspiring her to push forward through all the muck and follow her dreams. To be successful. 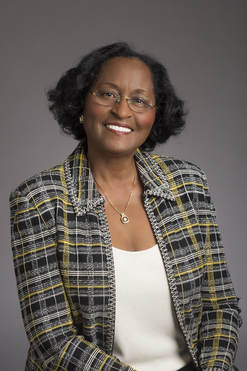 Janice Ellis, Ph.D, has been an executive throughout her career, first in government, then in a large pharmaceutical company, later as President and CEO of her own marketing firm, and finally as President and CEO of a bi-state non-profit child advocacy agency. Along with those positions, she has been writing columns for four decades on race, politics, education, and other social issues. They have appeared in a major metropolitan daily newspaper, The Kansas City Star; a major metropolitan business journal, The Milwaukee Business Journal; and for community newspapers The Milwaukee Courier, The Kansas City Globe, and The Kansas City Call. She began her career writing and delivering radio commentary for two years for one of the largest ABC radio affiliates in Wisconsin. Later in her career she wrote and delivered a two-minute spot on the two largest Arbitron-rated radio stations in the Greater Kansas City area. She has also written for several national trade publications, focusing on healthcare and the pharmaceutical industry.

Dr. Ellis published an online magazine, USAonRace.com, for seven years dedicated to increasing understanding across race and ethnicity, in which she analyzed race and equality issues in America. The website continues to attract thousands of visitors per year. The site also has a vibrant Facebook page with fans numbering in the thousands. Five years ago, Dr. Ellis launched a companion site, RaceReport.com, which aggregates news about race relations, racism, and discrimination from across the United States and around the world daily. Dr. Ellis also has her own website, JaniceSEllis.com, which houses a collection of her writings and where she continues to write about race inequality, gender inequality, politics, education, and other issues related to the inalienable rights of life, liberty, and the pursuit of happiness.

Janice Ellis, a native daughter of Mississippi, grew up and came of age during the height of the Civil Rights Movement during the 1960s. Born and reared on a small cotton farm, she was influenced by two converging forces that would set the course of her life. The first was the fear and terror felt by blacks because of their seeking to exercise the right to vote along with other rights and privileges afforded to whites. The second was her love of books, the power of words, and her exposure to renowned columnists, Eric Sevareid and Walter Lippmann, whose work solidified her belief that the wise use of words is what advances the good society.

Janice Ellis became determined to take a stand, and not accept and allow the conditions of that farm life, or the strictures of oppressive racial segregation and entrenched sexism limit what she could become. She became determined to use whatever talents God had blessed her with and the power of words to help improve the human condition. FROM LIBERTY TO MAGNOLIA is her first book.