Words cannot express how excited I was to start a new Jake Wolfe story!! Check out my review below and find reviews to the previous Jake Wolf books too! 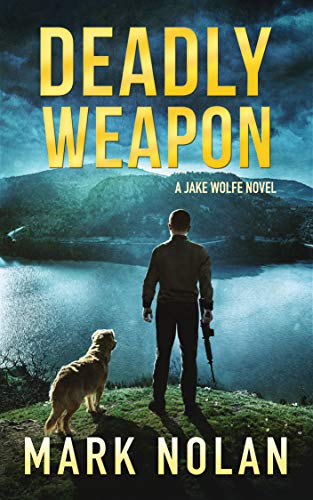 In Alaska, a lethal threat is unearthed from the frozen ground. Near Maui, a shipwrecked submarine holds a frightening secret, and on the California coast, war veteran Jake Wolfe races against time to uncover a conspiracy.

When a master plan emerges that has the potential not only to threaten Jake’s city, but to kill off targeted populations around the world, Jake embarks on a desperate search-and-destroy mission in order to protect the lives of everyone he knows and cares for. His target? A group of rogue operatives planning mass murder.

With assassins on his trail, and the clock ticking, Jake must trace the path that will finally bring him face-to-face with the psychopathic genius who wants to remake the world.

This electrifying new thriller will have you on the edge of your seat and staying up past your bedtime to read just one more chapter.

Deadly Weapon is part of a series but may be read as a stand-alone novel.

This book is part of a series but may be read as a stand-alone novel.

All five Kindle Unlimited books in the Jake Wolfe vigilante justice thriller series are available to read free with your subscription.

“The acknowledgments section and author’s note reveal the accuracy of this well-researched novel, and will make your hair stand on end.”

“The veneer of civilization is paper thin. This wild ride shows you just how thin. Scary stuff.”

“Timely and eerily accurate to our current state of affairs. Read this now, if you dare.”

“A non-stop action thriller roller coaster with just enough dark humor to keep you smiling on the ride.”

I am not exaggerating when I say that words cannot describe how excited I was to read another Jake Wolfe book. I am not even sure who I like more – Jake or Cody. They make the most intoxicating team of hotness and stealth and mystery and intelligence and just… I think they could be my dream duo!

But alas, the Jake Wolfe series is only a tiny bit romantic. It is mainly suspense and action and thrill and edge of your seat, nail biting, page turning, HAVE TO HAVE!

Jake and Cody are on, yet again, a top secret mission to save… well, the world, and this story actually hits quite close to home with all that is going in our OUR world today.

Little did I realize how much of the book was based on actual events and real life, combined with the author’s amazing imagination; Jake and Cody’s mission is quite… realistic.

As per usual, the action is constant – where Jake goes, trouble tends to follow (as well as destruction). The suspense is… amazing. I mean, I have to give Mark Nolan props where props are due. How one can use words to create such imagery and suspense that leaves you on the edge of your seat, holding your breath – pure amazing.

I am a huge fan of the Jake Wolfe novels and Deadly Weapon did not disappointment.

Jake and Cody’s mission took us to new places; we met new (Ron) and old friends (both old in the meaning that Jake has known them for some time as well as in the meaning that past books have either introduced them or mentioned them); and we had an all new, world saving mission jam packed with action, destruction, rescues, and yes, even a touch of romance.

With the realism that is today and my favorite duo, Deadly Weapon is a can’t miss read.

Deadly Weapon is book 5 in the Jake Wolfe series and while none of them will disappoint; I do feel like you could read the book as a stand alone and not be lost, but I highly, highly, highly recommend picking up the entire series as some point! You won’t be sorry!

A TOP 20 AMAZON BESTSELLER and a Kindle Unlimited All-Star. A mysterious killer who calls himself The Artist is assassinating wealthy lawyers in San Francisco. When war veteran Jake Wolfe accidentally takes his picture during a murder, The Artist adds Jake to his kill list and he becomes a target in a deadly game of cat and mouse that only one of them can survive. How far would you go to protect your loved ones from a killer? Jake wants to leave his top secret, violent past life behind him. But the reluctant, flawed hero can’t ignore his duty and his personal moral compass.

Dead Lawyers Don’t Lie can be read as a stand-alone novel, or you can enjoy the whole series. All five Kindle Unlimited books in the Jake Wolfe vigilante justice thriller series are available to read free with your subscription.

Attorney by day, assassin by night. Jake Wolfe is a young lawyer who leads a secret life. Trained by the CIA, he now wants peace and quiet, practicing law and living on a boat with his war dog. But when his city is shocked by a serial killer and he’s framed for the murder of a friend, Jake must race against time to find the killer before he strikes again. 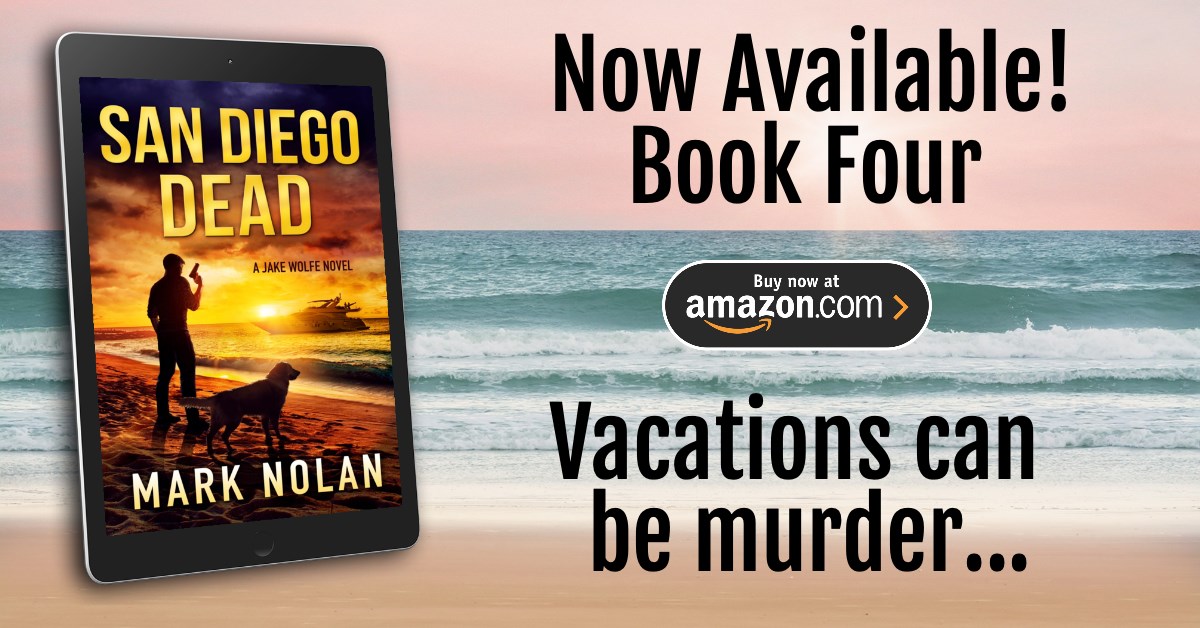 Mark Nolan is a “Marine Dad.” His son served as an infantry Marine with deployments to Afghanistan. Mark also raised a daughter who can set up a camp in the forest, make a fire, and shoot a rifle to hit a bullseye. Mark and his family love dogs and they raised a super smart Golden Retriever. Born near the sea shore, Mark has enjoyed boating, fishing, scuba diving and exploring in Florida, Mexico, California, Hawaii, etc. All of these life experiences have influenced the plot lines, characters and locations in his stories. If you like dogs, boats, ocean beaches, and action movies … you’ll probably enjoy reading Mark’s books. 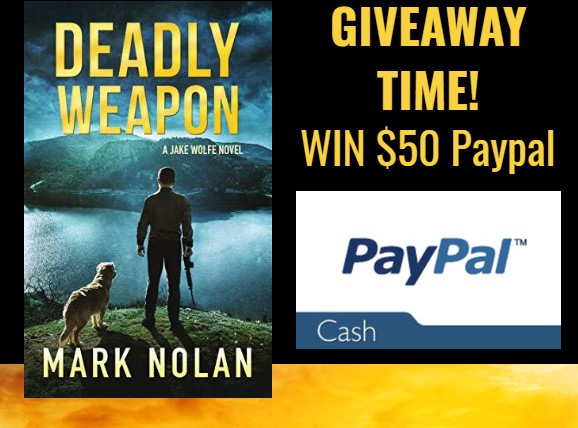 Read my reviews of past Jake Wolfe books: 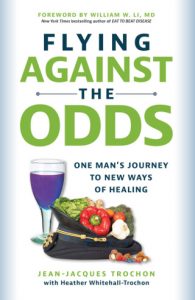 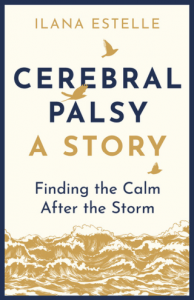 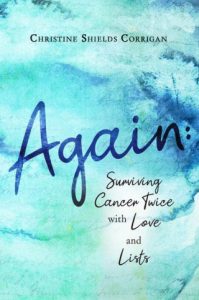