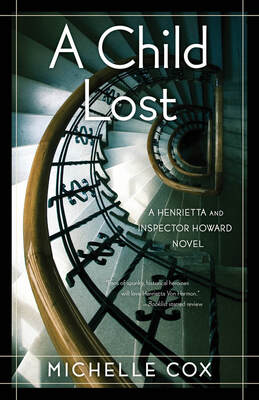 A spiritualist, an insane asylum, a lost little girl . . .

When Clive, anxious to distract a depressed Henrietta, begs Sergeant Frank Davis for a case, he is assigned to investigating a seemingly boring affair: a spiritualist woman operating in an abandoned schoolhouse on the edge of town who is suspected of robbing people of their valuables. What begins as an open and shut case becomes more complicated, however, when Henrietta―much to Clive’s dismay―begins to believe the spiritualist’s strange ramblings.

Meanwhile, Elsie begs Clive and Henrietta to help her and the object of her budding love, Gunther, locate the whereabouts of one Liesel Klinkhammer, the German woman Gunther has traveled to America to find and the mother of the little girl, Anna, whom he has brought along with him. The search leads them to Dunning Asylum, where they discover some terrible truths about Liesel. When the child, Anna, is herself mistakenly admitted to the asylum after an epileptic fit, Clive and Henrietta return to Dunning to retrieve her. This time, however, Henrietta begins to suspect that something darker may be happening. When Clive doesn’t believe her, she decides to take matters into her own hands . . . with horrifying results.

A Child Lost is part of a series that I have not read previously. With that said; I could tell there was background that I was missing between Henrietta and Clive, but it did not interfere with the story or being able to follow along. The only thing I can say is that reading past books and getting to know Clive better, may have endeared me more to him because truthfully, I was not a fan of his.

Rather than feeling like he was a protagonist in the series, I felt like he could have been an antagonist. I didn’t care for his non-nonchalant, almost uncaring, un-supportive attitude towards Henrietta and her situation in the start of the story. I also felt he was almost a bully throughout the rest of the read, with all interactions, including Henrietta.

Aside from Clive, I enjoyed the story. There are three different viewpoints in the story – that of Elsie and Gunther; Clive and Henrietta; and Stan and Rose. Initially, I wasn’t entirely sure how they all intertwined, but eventually, pieces come together in a very interesting way.

I found the story intriguing as it is described as a “historical” mystery. Unlike modern day mysteries; it doesn’t hold the ease and technology that make the job easier. This was legit detective work of traveling, talking to people, physical paper trails that may or may not be where they are supposed to be. It definitely put the work in the mystery!

I felt the book was a little longer than I am used too (and enjoy) but overall, this was a good mystery. I would enjoy going back and reading the other books in the series. 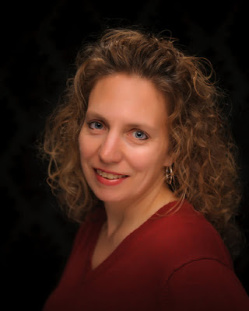 Michelle Cox is the author of the multiple award-winning Henrietta and Inspector Howard series as well as “Novel Notes of Local Lore,” a weekly blog dedicated to Chicago’s forgotten residents. She suspects she may have once lived in the 1930s and, having yet to discover a handy time machine lying around, has resorted to writing about the era as a way of getting herself back there. Coincidentally, her books have been praised by Kirkus, Library Journal, Publishers Weekly, Booklist and many others, so she might be on to something. Unbeknownst to most, Michelle hoards board games she doesn’t have time to play and is, not surprisingly, addicted to period dramas and big band music. Also marmalade.