With all the holiday chaos, we fell behind in our reading, but we are finally sharing our review of book 4 in the Braid Von Althuis series! 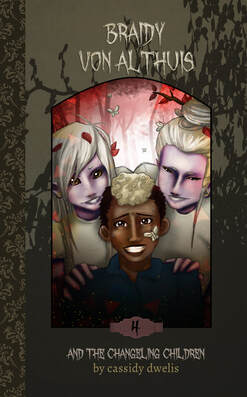 “All of the regret that she buried in her garden in America will grow up like weeds and swallow her like quicksand.”

Braidy von Althuis is celebrating his eleventh birthday, but not with his best friend. Mr. von Althuis has decided to move the family out of Maple Hills, and Braidy is forced to say goodbye to Kara and to eat his cake alone.

Even though the von Althuises have lived in Maple Hills for hundreds of years, something has spooked the adults so badly that they feel helpless without Gran. Something is coming for them, though Braidy knows not who or what.

When the family arrives in Ukraine, a whole slew of new problems arise. Mr. von Althuis gets a job, Uncle Rolo finds himself in more trouble, and Aunt Liz and Braidy are summoned to an audience with the Fairy King.

This book is suitable for children aged 8 – 11.

This series is becoming a favorite for me. It is a little odd… a little strange… but the ‘magick’ and the fantasy and the action are just amazing.

The books have kept me on the edge of my seat, but they aren’t action packed and scary. There is just enough fright for a child to read, but not enough to scare them away.

Each book also showcases bravery, love, and so much personality. Shy, timid family members become heroes and surprise us all.

This book was no different, but focused on Aunt Liz, Braidy, and Kara. The story pulled at my heart strings and while I was not a fan of Aunt Liz the past books, I have a newfound respect for her.

I have said it before and I don’t think he has started them yet (screens are so annoying!) but I really think this book is the perfect series for my 12 year old son. (I know my 7 year old has been asking me to read them to her so I may let her read them instead!)

As an adult, I am enjoying the series and I am certain younger readers will as well! 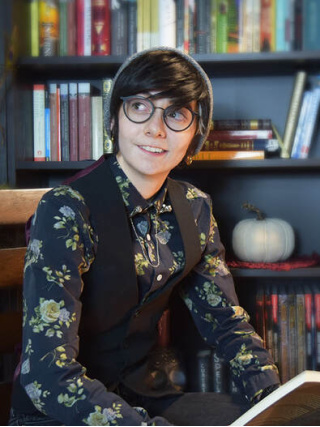 I’m Cassidy, and I love storytelling! I’m incredibly passionate about writing, art, and anything that allows me to create my own worlds. My goal is to write dreamy fiction for all ages that is unique, inspiring, and imaginative. I want my books to instill wonderment in the reader. I like to write about themes that include coming of age, magic realism, identity, relationships, and bullying. My books are intended for readers ages eight to twenty-five, and are meant to connect the world of the fantastical to everyday life. I currently live in Colorado and just got my MA in Publishing!