Bury Him: A Memoir of the Viet Nam War was hands down, unlike anything I have read before. I have read a memoir or two before, but none such as this. 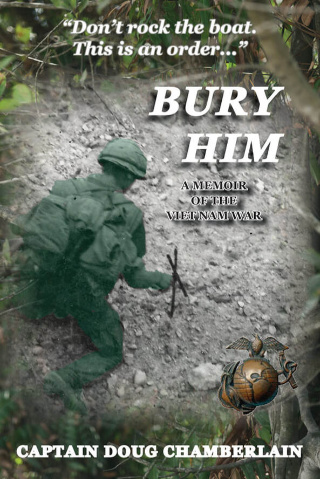 In this frank, engaging memoir, Captain Chamberlain chronicles the missions, personal courage and sacrifice of the Marines he was privileged to command; painfully recalls the unspeakable order he and his Marines were forced to obey; and the cover-up which followed.

Nearly four decades later, Captain Chamberlain makes right what was wrong; brings closure to the family of a fallen and abandoned warrior; and attempts to put to rest the guilt which plagued his military career and life.

Unlike most books on the Viet Nam War, this book is written at a tactical level by a Marine Company Commander who was there.

How do you a review such as this?

This was hands down, unlike anything I have read before. I have read a memoir or two before, but none such as this.

The book wasn’t quite a story, but I felt more of a recounting of events and memories in a chronological order. It was more of a personal experience going through a journey that unless you have ever been on yourself; would not and could not imagine what goes on.

While the book and contents itself intrigued me and I enjoyed reading it; it definitely provided a wide array of opinions and emotions.

The book follows Doug’s life growing up, finishing school, becoming a teacher, being drafted, getting married, training, climbing the ladder in the Marines (faster than he expected), politics, war, death – the whole gamut that comes with being drafted.

It definitely provided me an entirely new viewpoint. I wasn’t alive during that time (even my mom was a toddler to young child during that time) so I have no first hand experience and cannot recall any family (or any living relative at this time) who could speak first hand of what being drafted and sent off was like.

I have had friends currently serve in the Armed Forces, but it isn’t anything they want to talk about and I have seen first hand the mental and psychological damage that is left in the aftermath.

The book provides first hand experience of being behind enemy lines; fighting in war. 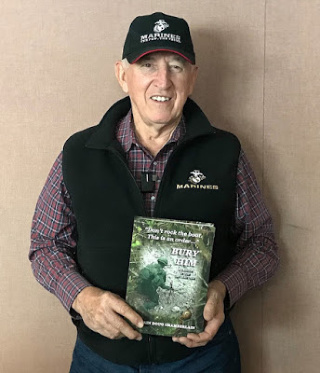 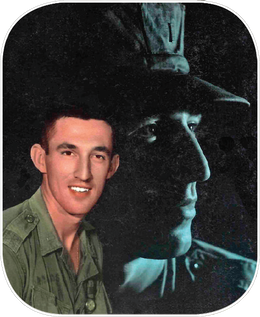 Doug Chamberlain, the grandson of homesteaders in eastern Wyoming and western Nebraska, grew up with the “country values” instilled in him in the rural environment of a very small community. Even though there were only 10 students in his high school graduating class, several of his classmates pursued careers, public service, and military service that took them to various locations around the world. His rural values and the foundational reinforcement of those values at the University of Wyoming and John Brown University proved to be tested in their entirety when he became a Marine Infantry Officer in the Viet Nam War. His life changing experiences in that war proved to haunt him during his search to solve a mystery that spanned 50 years…and Bury Him details the sordid facts and the horrible truth that had eluded him.

Perils and Pearls by Hulda Bachman-Neeb
From Liberty to Magnolia: In Search of the American Dream by Janice S. Ellis
Confessions of a Trauma Junkie by Sherry Lynn Jones