Disclosure: I received an ebook in exchange for my review. Sometimes the past should stay there…

The murder is one of the most heinous FBI agent and profiler Brandon Fisher has ever seen. But that’s not why he and two members of the team are rushing to California. The Bureau is interested because the prime suspect is one of their own, Paige Dawson.

But Paige didn’t go to Valencia to kill anyone. She had set out on “vacation”—her new lover in tow—only to confront the man who raped her friend twenty-some years ago. While the hands of the law are tied, she wants him to face the fact that he destroyed a young woman’s life and know that, as an FBI agent, she’ll be watching his every move. Yet, instead of accomplishing her goal, she wound up in the back of a police cruiser.

Now Paige must face off with a hard-nosed detective determined to stick a murder charge to a fed. But with the trained eyes of the FBI on the case, it’s becoming more and more obvious that the evidence lends itself to a serial killing, not an isolated incident. And as long as the local authorities are focused on Paige, the real murderer is still out there, possibly waiting to strike again…

I read this book in record time and I was not a happy camper when it ended. This is a must read book!

I had not heard of the Brandon Fisher FBI series previous to picking up Violated, but dang do I wish I had! (I will be going back and reading the rest.)

The author specifically states on her website that you can read them in any order or you can go in order that they were written. Frankly, Violated is at the end of five books an I did not feel like I missed anything that was so incredibly vital that I was lost. I mean, I know there is history, but I didn’t feel lost at all.

Violated was full of “who done it” and suspense. I felt like I was part of the team working along with them. When they got duped, I got duped. We would figure things out at the same time, allowing me to live within the story.

I absolutely loved this book and if you are into crime and mysteries – this is a great read! I highly suggest reading this book (and probably the rest of the books!)

Brandon Fisher FBI Series
Read in any order or follow the series from the beginning: Eleven, Silent Graves, The Defenseless, Blue Baby, Violated. 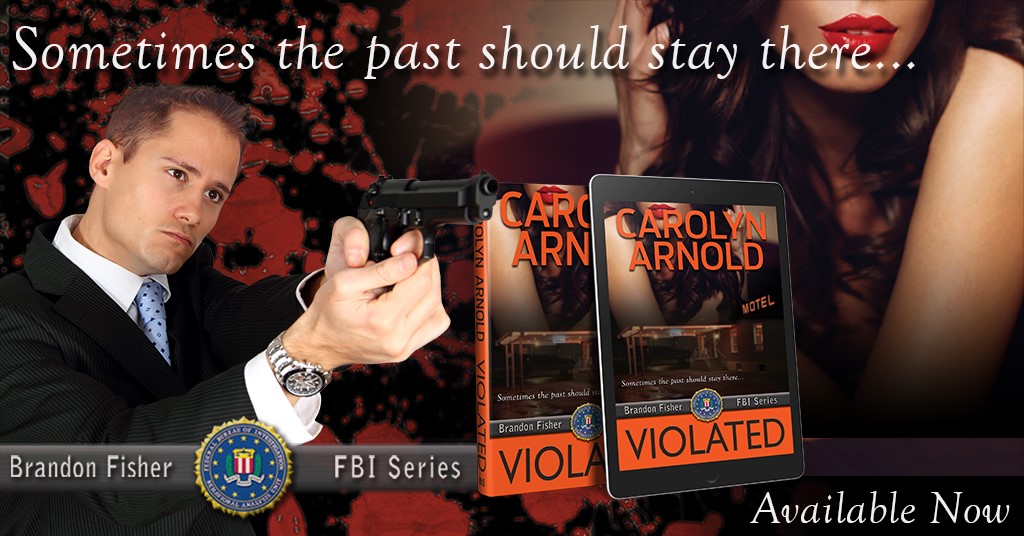 Read the first e-book for FREE

One comment on “Violated by Carolyn Arnold {Book Review}”