If you love sweet romances (PG-rating), look no further than Rachelle Ayala’s Have a Hart series. The Harts are a family of San Francisco firefighters. Their family motto is: Heart comes first.

Former fireman Larry Davison covers his burn scars well, by working at an elementary school as a custodian where he finds a lost hound dog behind the dumpster.

Fashion designer Jenna Hart is in town to do a charity fashion show when she loses her top model, Little Treat. When Larry turns up with the puppy, she asks him to be in the show and bachelor auction.

Larry’s not sure he belongs in a fashion show and balks at being her good deed. Can Jenna convince Larry beauty is never skin deep and love’s arrow strikes not only the beautiful, but the bold?

The Hart family will delight you with clean and wholesome love stories, filled with family, friends [both people and animals].

Valentine Hound Dog is Book #2 of the Have A Hart Romance Series. It can be read standalone, although characters from the previous books appear here in supporting roles.

“Valentine Hound Dog is an extraordinarily beautiful and tremendously poignant story that serves as a gentle reminder that no one should settle for less than who they are and what they want.” – Amber McCallister review

“Beauty is only skin deep, what matters most is the pureness of your heart.” -Jessica Cassidy

Above reviews from Amazon.com 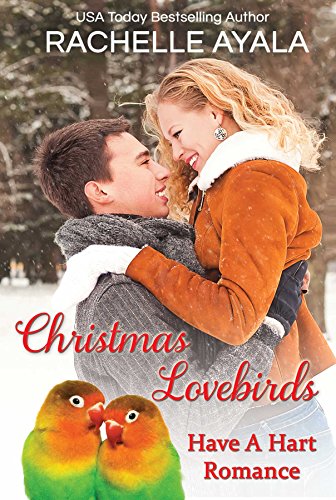 Melisa Hart has a soft spot for her brother Connor’s ex-best buddy, Rob Reed. Unfortunately, Rob slept with Connor’s girlfriend and is no longer welcome with any of the Harts.

Melisa lends her pet lovebird for a Christmas Toy Drive, but a mix-up brings her face to face with Rob and his lovebird. Melisa is drawn into a whirlwind romance with Rob and discovers he hasn’t told her the entire story.

Christmas Lovebirds is Book #1 of the Have A Hart Romance Series. It can be read standalone, although characters from the previous books appear here in supporting roles.

Spring Fling Kitty (Have a Hart #3)

Heartbreaker Connor Hart, one of the youngest fire chiefs in the country, is planning on marrying Dr. Elaine Woo, a woman who pretended to cheat on him with his best friend many years ago. She bought him a Dalmatian puppy, he gave her a ring—and the women of San Francisco are about to lose their most eligible bachelor.

Artist and poet Nadine Woo is down on her luck. The cast-off half-sister of Dr. Elaine Woo, she doesn’t measure up, according to her strict and distant father. When Nadine and her mother are about to be evicted from their apartment, she gets an interesting offer from her sister. Seems she’s in need of a little help concerning her relationship with Fire Chief Connor Hart.

As soon as Nadine meets Connor, she knows she’s in for a rough ride. Connor is the fireman who rescued her and her little gray kitten, and she’s never forgotten how safe she felt in his arms.

When Nadine takes her sister’s place at a spring fling weekend with Connor, love ignites, and there’s no going back.

Can a spunky little kitty show Connor and Nadine that doing the wrong thing is sometimes right, especially when it comes to love?

Blue Chow Christmas (Have a Hart #4) 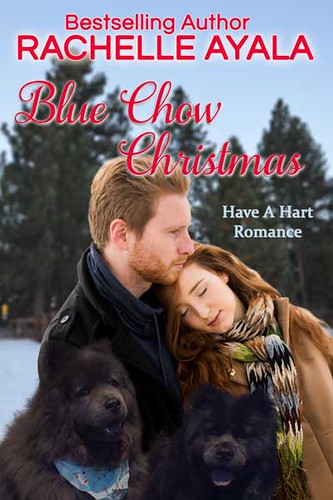 Cait Hart has been married to Brian Wonder for twelve years, but does she really know him? The redheaded firefighter is dependable, loyal, and kind to others, but he’s never let her probe his feelings.

Brian Wonder’s life is blown open when his former high school teacher and wife of a senator dies in a car crash. When a pair of blue chow dogs show up at his mountain cabin, he is forced to tell Cait his secret–the real owner of the dogs is a boy he believes is his son.

Cait and Brian are tested on the true meaning of love when the boy goes missing and authorities suspect Brian of wrongdoing. Can two lost chow dogs save this fragile and vulnerable family? 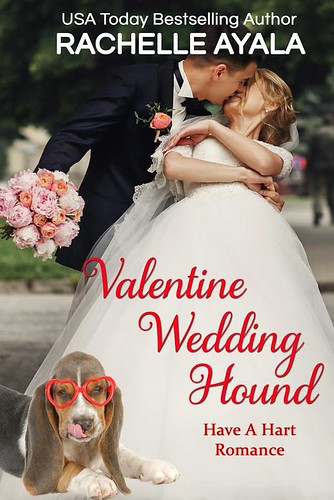 Fashion designer Jenna Hart’s wedding turns into a media circus when her wedding planner signs her up for a reality show. Each week, the producers challenge her to keep her wedding on track while performing an unpleasant task or working with difficult people. Firefighter Larry Davison wants Jenna to be happy, so he goes along with the reality show despite hating to be on camera. When the show digs too deep into his past, he has second thoughts about both the wedding and Jenna’s celebrity lifestyle. Will their ring bearer, Harley the basset hound, bring Jenna and Larry together to tie the knot in the season finale?

Rachelle Ayala is a bestselling author of dramatic romantic suspense and humorous, sexy contemporary romances. Her heroines are feisty and her heroes hot. She writes emotionally challenging stories but believes in the power of love and hope

Rachelle is an active member of the California Writer’s Club, Fremont Chapter, and a volunteer for the World Literary Cafe. She is a very happy woman and lives in California with her husband. She has three children and has taught violin and made mountain dulcimers.

Sign up for her NEWSLETTER to get a FREE surprise book and her latest book news HERE!